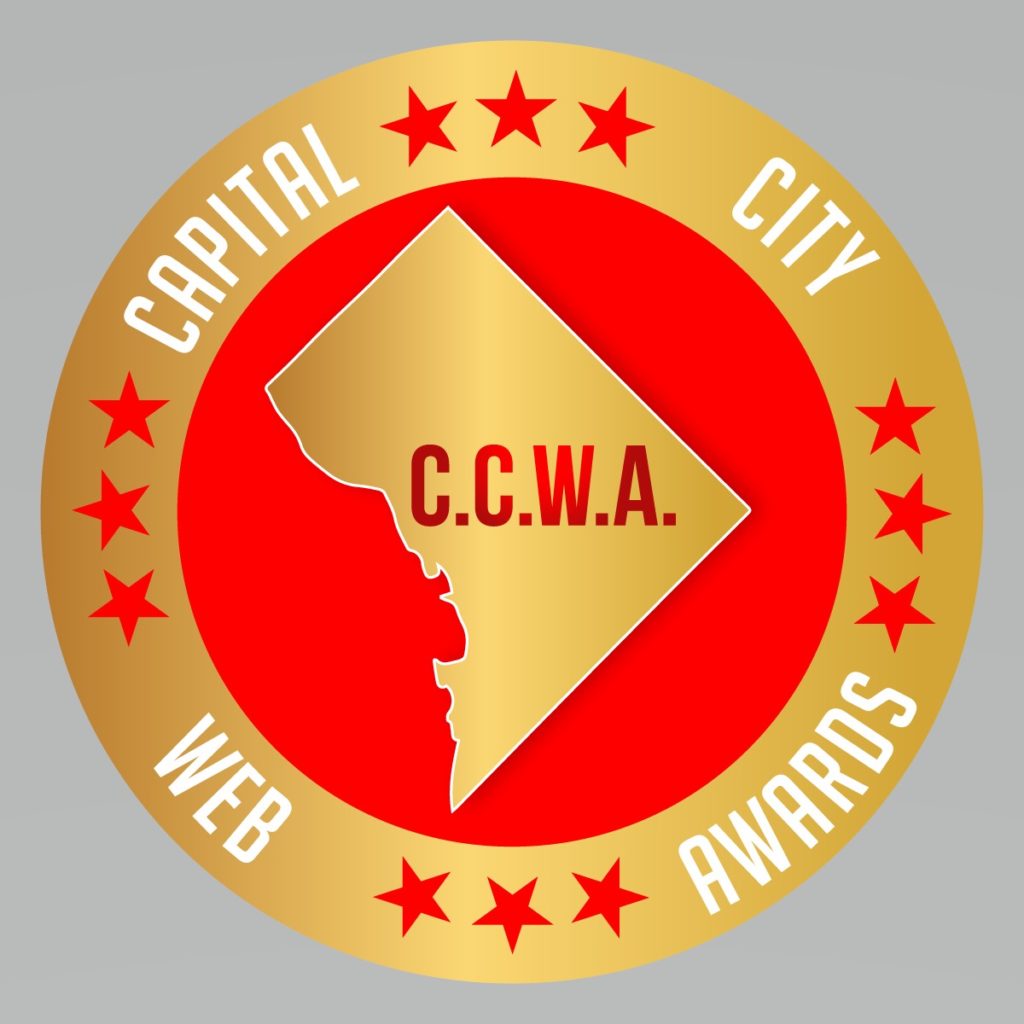 The program will celebrate independent narrative, news, and documentary content created by, produced by, or featuring the stories of people of color

With arrangements finalized, and the red carpet is ready to roll out, preparations in the nation’s Capital are well underway for first annual Capital City Web Awards (CCWA). The D.C.-based CCWAs are the latest addition to the entertainment awards season, designed to bridge what many perceive as a gap in the awards landscape and will take place the night of August 17.

In the tradition of the NAACP Image Awards, ALMA Awards, BET Awards, Latin Grammy, and British MOBO (Music of Black Origin) program, which augment traditional entertainment awards programs, providing additional opportunities for recognition and celebration within the industry, the CCWAs were launched to provide a new space for peer-recognition of content that has been traditionally by mainstream awards program, and provide a space for networking, sharing, and peer-recognition to support and encourage the wider and more frequent telling of stories that represent the fuller experience of Americans and people everywhere.

“[These awards are] for those that refused to quit. [The CCWAs will] allow their work to be judged and recognized by those who have experienced those same challenges, and bring everyone together to share and learn from each other.”

Just as the CCWAs seek to augment—not replace—existing mainstream awards programs, celebrated D.C. filmmaker and CCWAs founder Anthony Anderson notes the show’s intention to fill in existing gaps in current ethnic- and culture-specific awards programming–including the slow and uneven embrace of new media and digital storytelling (particularly stories told outside of traditional entertainment industry models) and remedy a long-recognized lack of cross-cultural opportunities for networking and recognition in environments that are both narrower than existing mainstream awards programs (where independent and emerging work from creators of—or featuring people of—color can often get lost amidst long-established and already familiar industry crowds) but still more open than existing programs siloed for highly specific groups.

Notes Anderson, “There is a commonality of experience among creators of color and those who seek to tell the untold stories of and about communities of color. With a few exceptions, these projects can be hard to fund, are seen as risky or limited by those who control traditional production and funding, and what opportunities exist are often few and far between, reserved for the best networked, the breakout stars, or the already established. This means many of these stories are told without the funding, support, or production infrastructure as is commonly seen and this, in an unfortunate and circular fashion, affects how they are perceived and embraced by the industry, including awards programs.

“Frankly, a lot of these shows don’t get the attention or coverage they or need to be able to advance to the next levels of the industry. These storytellers work hard, and for their peers—who’ve been there, as I have—the passion and dedication re obvious. We know how it is to work with next to no budget or but create projects that soar beyond their limits. We know what it means to refuse to quit against the odds. This award show is for those individuals that refused to quit, to allow their work to be judged and recognized by those who have experienced those same challenges, and to bring everyone together to share and learn from each other.”

Anderson himself is, in many ways, a living embodiment of the many facets he speaks. A 2x Daytime Emmy Award Nominee, Indie Series Award winner, who was also the first African American nominated for Outstanding Lead Actor in a Digital Drama Series in the Daytime Emmys program, Anderson has been writing, directing, and acting in independent, D.C. based projects for more than a decade. In 2009, he created Anacostia, and the Emmy-winning digital series is celebrating its 10th year and 6th season currently on Amazon Prime.

Note: BZ/MPs founders Benjamin Bryant and Tommy Zamberlan have worked with Anthony Anderson on the web series Anacostia since 2016. Neither nor the show, have official involvement in the CCWA program or awards show.