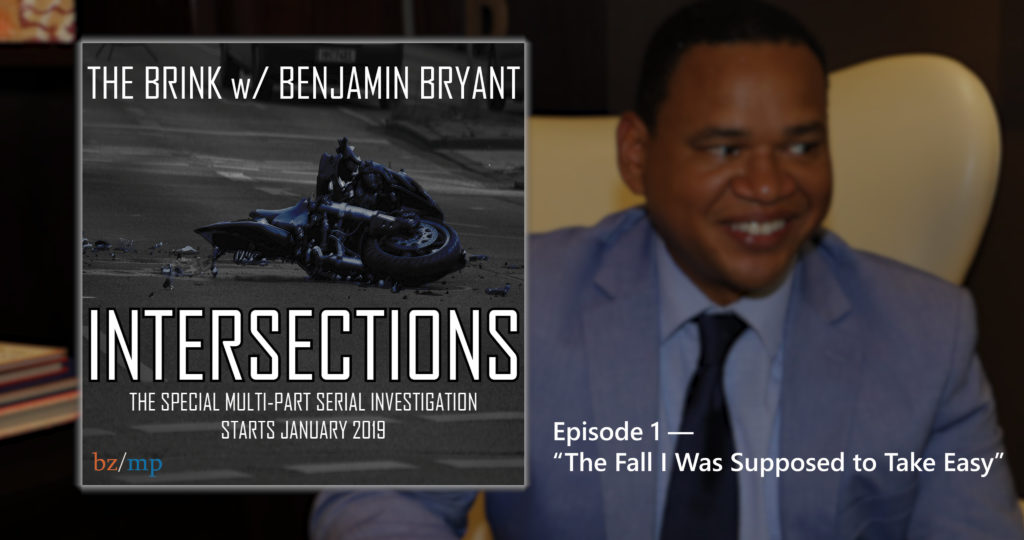 THE BRINK with BENJAMIN BRYANT: INTERSECTIONS is a special multi-part investigative presentation from BZ/MP, released in a serialized storytelling format, telling the story of an American soldier Ana Clarke, and the night a tragic accident took away her ability to tell her own story–and gave others the opening to tell a very, very different one “for” her. Join host Benjamin Bryant and Tommy Zamberlan as they uncover the explosive truth of what happened that night, and the many injustices that followed, ultimately revealing a pattern of neglect and an urgent, unresolved issue that puts every serving member of the military at risk.

An investigative deep dive into the story of an American daughter, sister, woman, and soldier, INTERSECTIONS explores the aftermath of the night a tragic turn of events took away Ana Clarke’s ability to tell her own story and created an opportunity for others to tell a very different one for her. of the night a shock tragedy took away her ability to tell her own story, creating an opportunity for others to write a VERY different story for her.

Host Benjamin Bryant, and producer Tommy Zamberlan, start with a nagging set of inconsistencies before ending up on an unexpectedly disturbing journey through questions of honor, due diligence, subconscious bias, medical neglect, and the tangled webs of government bureaucracy. In the end, they uncover far more than they bargained for, and inadvertently solve a mystery, potentially uncovering the key to a brighter future for Ana herself.

Subscribe to and follow THE BRINK with BENJAMIN BRYANT from the BZ/MP to join us for this innovative “podcast within a podcast.”